The Kingston Springs, formed out of high school boredom in their namesake town, are living the dream. They started playing together in the summer of 2008, released “The Vacation Time EP” in 2010 and were playing Lollapalooza and Austin City Limits in 2011. Celebrating the April release of their first album, “Secret Game,” the band impressed both their audience at the BMI stage at Hangout and their hometown fans through a series of Nashville shows.  The Kingston Springs teamed up with Red Bull Sound Select team for The Basement to The Beach showcase also featuring Moon Taxi and Chancellor Warhol.We met up with the band before their set at The Basement for a quick little chat.

KS: “Our first show in Nashville was really cool, ’cause it was in a small place. And it;s cool to do those shows because it’s pretty intimate, and dark, and it’s really different than playing outside. And it’s more, it’s personal.”

L100: “Is it easier to make fans at these small, intimate shows?

KS: “Actually it seems like we get more fans at festivals and places that you’re playing, because if you’re playing outside it’s definitely more people and it’s bigger, and there’s more fans that come to that, I guess. But venues, whether you’re in town or out on tour, it’s more random, I guess. And you can affect a crowd if they haven’t heard you before. It’s fun.”

L100: “What’s the largest crowd you guys have ever played in front of?”

KS: “We just played Memphis in May last weekend and – no wait.”
“Probably Live on the Green.”
“yeah, yeah it was Live on the Green. Um I think that was like, five or six thousand.”
“it was cool too, because it was our hometown so that was nice.” 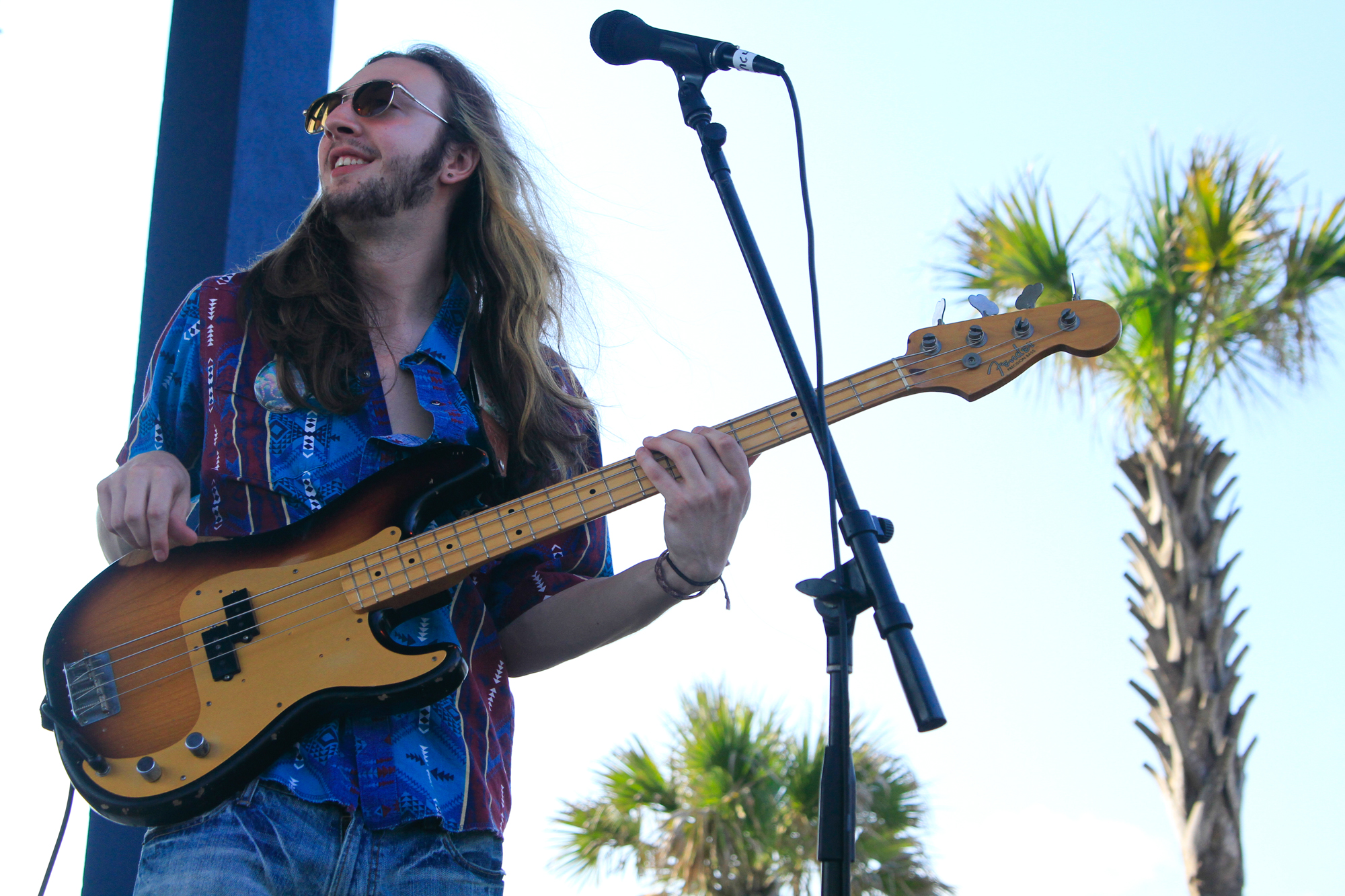 L100: “Talk to me a little bit how it’s different, playing hometown shows to these festivals?”

KS: “Well, definitely the festival shows are always a whole new crowd, so that’s pretty cool and it’s definitely kind of a bigger stage and just bigger crowd which is a whole different environment, cause at home you know we play a lot of house parties and smaller venues and so the vibe is definitely different the more intimiate crowd, to being on a stage taller than everybody, it’s a little different but they’re both good. Festivals are fun.”

“Yeah and you know whenever you’re playing shows either at home or just in venues in other states, people go there to see you, I guess, just to see that one show but here it’s like so many people stumble upon you, their vibe is completely different. But uh, it’s always good.”

“I remember being at like Lolla 2010 or something and stumbling upon Mumford and Sons and Black Angels before they were really well-known and that’s how I discovered these bands. It’s pretty cool.”

KS : “Um, different vibes, playing on the beach for sure. Um I mean of course this breeze is just great. Yeah and just everybody’s- I don’t know, it’s just beachy. It’s different. You’re playing on a beach. I don’t normally play on a beach if you’re us I guess.”

We caught up with the guys with The Kingston Springs at their hotel, like the creepy stalkers we are, for a beach side performance before their set.  Please take notice that we are not touching the dunes, no dunes were hurt in the filming of this take away show.  Click here for more backstage coverage at Hangout Music Fest.