Saturday has been a fun day backstage. Andrew Bird is in the recording studio and we are almost done for today. Lots of great late night music tonight, so hopefully I will catch a second wind for some of that. Bruce Springsteen is playing and in a couple hours and it will be my first time seeing him in concert. He has quite the reputation for putting on a killer live show. So I am looking forward to that. Caught the Beasties last night and it was off the hook! It was also really crowded where I was. I ended up scoring a stage pass for Phish and caught some of their set as well. 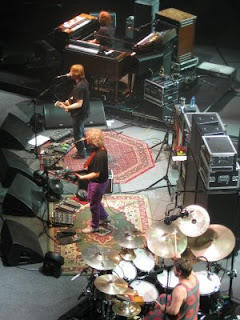 This morning we started the day off at 10am with the Heartless Bastards. They discussed their third album The Mountain, working with a producer for the first time, and told a great Sharon Jones story. By the way, did you know that her band the Dap Kings played on the Amy Winehouse record? They are amazing! 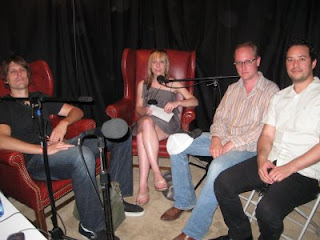 Next up at 11am it was Zee Avi. She told us about getting discovered through a clip on youtube she had posted for a friend and intended on deleting. She also perfomed in front of a crowd outside the studios, which was spectacular! 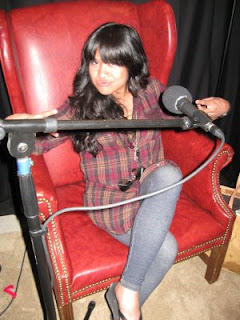 At noon Raphael Saadiq came in for an interview. He was actually feeling ill and did not end up performing in our recording studio. Not that you would have known it if you caught his amazing set today at Bonnaroo. At least, so they tell me. I have been locked in the trailer all day! I can hear Andrew Bird though right now, bleeding through into my studio, and it is stellar! Raphael did do an interview with us, head pounding and chest burning. The former member of Toni Toni Toni talked about his new record and getting to work with Stevie Wonder.

The Decemberists popped in for an interview while Wilco performed backstage. Colin was not able to make it, but the rest of the gang talked to us about their new concept album, playing the record in its entirety during their live performances, and the Diamond Ladies who are part of the show for this tour. 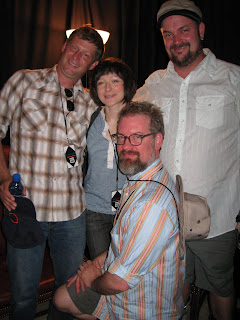 At 1pm we got a great interview out of Jeff Tweedy from Wilco. He discussed the title of The Album, Recording in New Zealand with Neil Finn, a charity project he was a part of their called seven worlds collide, working with Feist, and gave us his take on the record industry and what works for Wilco. 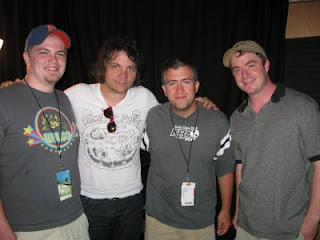 Alejandro Escovedo stopped by before getting insulted by Triumph outside the trailer. It was very obvious to me that Alejandro knows how to tell a great story. He talked about his longtime friendship with Chuck Prophet, Co-writing the new record Real Animal with Chuck, Getting to meet Jimmy Carter at the DNC, how the tradition of him closing out SXSW started many moons ago, and how only bands from Texas cover his songs. 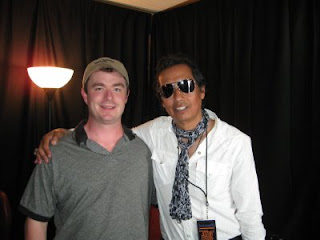 Ben Harper dropped by with his band Relentless 7 for an interview. They were a last minute addition to our schedule and did not perform. Ben told the story of discovering the musicians who would eventually become Relentless 7 by agreeing to listen to his bus drivers demo tape, How he only brings someone in to the studio if he thinks they can bring something he can’t, how he feels the horde festival and Blues Traveler deserve credit for the current festival scene, and how his favorite kind of optimism is realism. 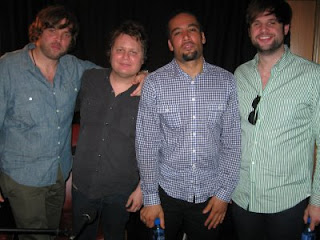 moe. came by for an acoustic backstage performance and stopped by for an interview afterward. They discussed playing their fifth Bonnaroo and how the festival has changed greatly in many ways of the years. 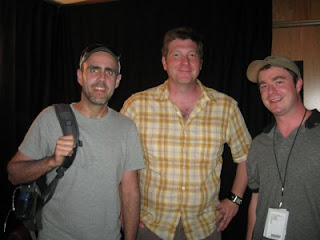