Friday is here and the day is flying by already! We have twelve bands on the books today. Our morning started with the, Carolina Chocolate Drops at 9am. They were dressed to impress and sounded amazing. A wonderful way to wake up and start the day.

Chris Thile and his band, Punch Brothers, dropped by at 10am. They were really decked out, wearing some snazzy suits! They performed with only two microphones in the Grand Ole Opry style! Very fun! 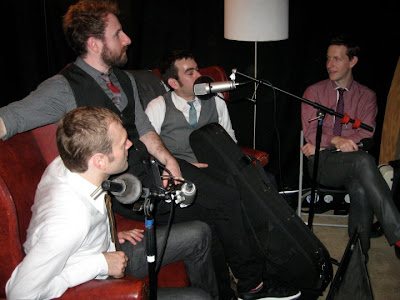 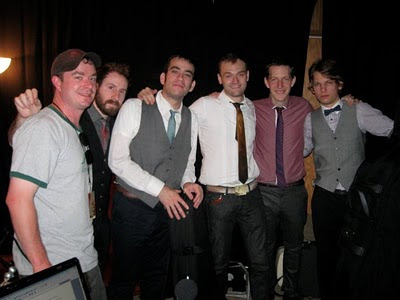 The band, Dawes, came over at 11am, to show off their brotherly harmonies! Their have an album out on ATO Records, which they recorded without any computers. They also have a pretty cool fan named, Bill Murray! In their interview they told a great story about wild Bill!