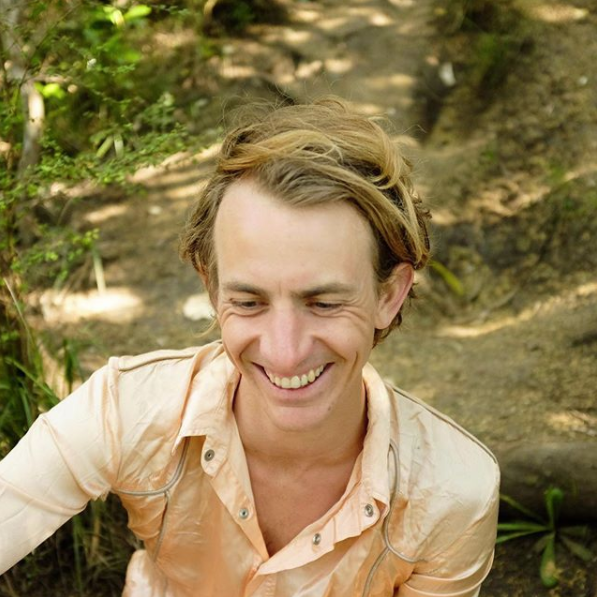 Buck Meek is inevitably best known for his role in Big Thief. It’s hard to divorce him from the overwhelming success of the band, which put out not one but two of the best albums of 2019, although his sophomore record Two Saviors certainly establishes him as a soloist worth watching. On lead single “Second Sight” Meek leans into his Texas roots with an easy, casual charm. The gentle Americana track is Stephanie’s DJ Pick of the Week!

Meek first connected with indie legend and long-time collaborator Adrianne Lenker when he relocated to New York. The pair quickly became inseparable, and they released two EPs, A-Sides and B-Sides, on esteemed folk rock label Saddle Creek in 2014. This project would eventually become Big Thief, which would in turn become a household name amongst indie listeners across the country.

The members of the band are nothing if not prolific. Since 2019’s U.F.O.F. and Two Hands, Lenker has released her critically acclaimed songs and instrumentals, James Krivchania put out his second ambient record A New Found Relaxation, and Meek joins them in completing his own sophomore LP. On it, we see the same kind of laid-back intimacy Big Thief is known for, only through an Americana filter. “Writing these songs was a process of creating talismans — little prayers and visions from within the constant flux of pain, healing, and discover that I could return to for perspective and share with those in need,” the artist told Stereogum.

“Second Sight” sees Meek rambling and comfortable. He sounds at ease with himself as he casually weaves stories over the strum of an acoustic guitar, and listeners will likely find familiarity in his easy-going voice. The music sounds expertly homemade, and it’s beautiful.

Be sure to tune into 100.1 FM or lightning100.com to hear “Second Sight” by Buck Meek featured as Stephanie’s DJ Pick of the Week. Be sure to let us know your thoughts! Tweet at us with #L100DJPick and share your take on the track.