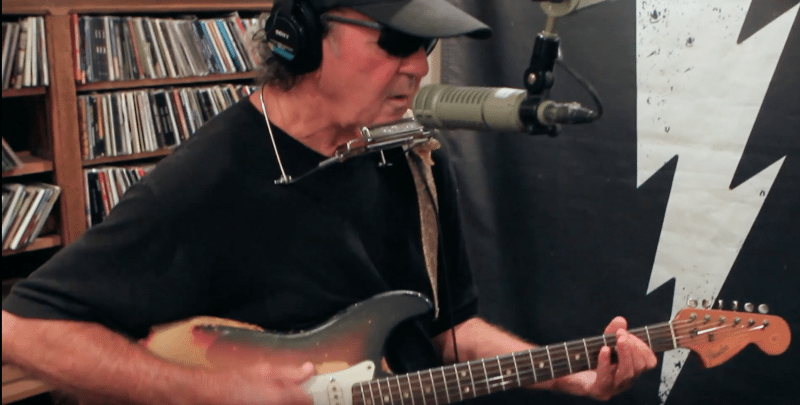 Tony Joe White joined Dan Buckley in the studio in anticipation of his show at City Winery on August 19, 2016. In discussing some of the tracks off of his 2016 album Rain Crow, he explains that the rain crow was always very mysterious to him as a child, which in turn brings a darker, deeper sound to his newest album. Although Rain Crow displays more mature sounds and themes than that of his 1969 claim-to-fame “Polk Salad Annie,” White continues to exhibit his ability as a king of swamp rock.

With that legacy comes a comprehensive attention to sound, which White realizes by recording Rain Crow in a Civil War era home – the wood floors make for great acoustics, he explains. He tells Dan that he prefers the sound of old-school recording, a “down by the swamp” sound that is reminiscent not only in the sound of his songs, but also the feeling.

Since moving to Nashville 20 years ago, White has had some incredible experiences, including hosting a fish fry for Foo Fighters and company just before joining them on stage at the Ryman last Halloween. Join us in enjoying this story and others in an interview recorded in the ONErpm studio with Tony Joe White, including live performances of “Hoochie Woman” and “Rain Crow” from his new full-length release Rain Crow.