In the spirit of Republican Hair’s Festivus performance this Friday at Marathon Music Works, the elected leader of Republican Hair, Luke Dick, met up with Adam and Jayson in the ONErpm studio to discuss their mutual appreciation of Seinfeld episodes–as well as a sampling of Luke’s Seinfeld-inspired fan fiction.

Joined by his bandmates for a live, on-air performance–Republican Hair rocked our socks off with our favorite groovy, new wave pop-rock jam “Miss Prince” and their new single, an anthemic and winding rock ballad, “Chaotic Good.”  (We’re practicing our la-la-la’s now!)  We also had an on-air listen to “Duck a Bomb,” a high energy, synthy call to action–a perfect way to get us into the Festivus spirit!

Republican Hair will be sharing a bill with The Watson Twins and Dispatch for a will be a well-rounded, rocking night of music to move to, and to be moved by.  (Also, we have it on good authority that there are new Republican Hair costumes currently in process for tomorrow night’s performance!)
Listen to these performances and the full interview with Jayson and Adam below.  (Other recommended jams are “Nag Champa” and “Whatever Blows Your Hair Back”)
Follow Republican Hair on Twitter: @republicanhair
Come join in on the fun!  Buy your Festivus tickets here: https://www.marathonmusicworks.com/event/1784467-dispatch-nashville/
Written by Elizabeth Aylsworth 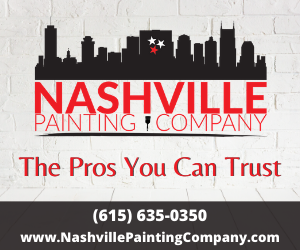