The Teskey Brothers laid down the groove with us in the Lightning 100 studio on June 11th. They have a busy road ahead of them as they go on to play in Atlanta, and Bonnaroo in Manchester, Tennessee. These Australian natives are making their Bonnaroo debut and are excited to experience what life is like down on the farm. In their song “Pain & Misery” from their first album, the first thing you hear is the slow, bluesy tempo and the dreamy mix of guitar and bass. It’s classically reminiscent of soul legends like Ray Charles and Otis Redding.

You can check out their performance here:

“Pain & Misery” was one of the first songs they released from their first album, “Half Mile Harvest.” All of the members work together to write and produce their new record, coming out August 2nd and are releasing it independently. They describe it as “Homegrown, self-written music.” Josh Teskey, the lead singer and rhythm guitarist, excitedly mentions how they are getting their test pressings of the new album. “Once you listen to the test pressing, it’s done now, and it’s locked in. Now we can sit back and enjoy it,” says Josh.

This band of friends has gained some impressive notoriety. After Bonnaroo, The Teskey Brothers will be headed off to Europe and eventually the USA, as well as touring with another fellow Aussie, Tash Sultana. They were approached to perform some Otis Redding songs for a livestream on Redding’s own Facebook page, and their show in London even sold out in just three hours. Josh told Casey, “It baffles us and honors us every day.” Before they left, The Teskey Brothers played one last song for us called “I Get Up.” The Teskey Brothers – So Caught Up 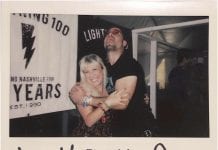 Friday at Bonnaroo with Rival Sons, SOAK, The Teskey Brothers, and more! The Weeks Playing Live at The Cowan 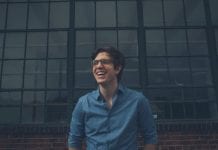